Art-Net is an ethernet protocol based on the TCP/IP protocol suite. Its purpose is to allow transfer of large amounts of DMX512 data over a wide area using standard networking technology. It does this by allocating each universe a Port-Address. A DMX-to-Art-Net product puts DMX data on the network with a specific Port-Address. Conversely, an Art-Net-to-DMX product collects any universe with its Port-Address and outputs it as DMX512.

Art-Net contains a number of packet definitions that allow data to be efficiently encapsulated inside a UDP packet. These UDP packets are then transferred across the network. Each of the packet names is prefixed with “Art”, for example ArtDmx and ArtRdm. While there are around 20 packet definitions in Art-Net, only three are critical to its operation. These are ArtPoll, ArtPollReply and ArtDmx. 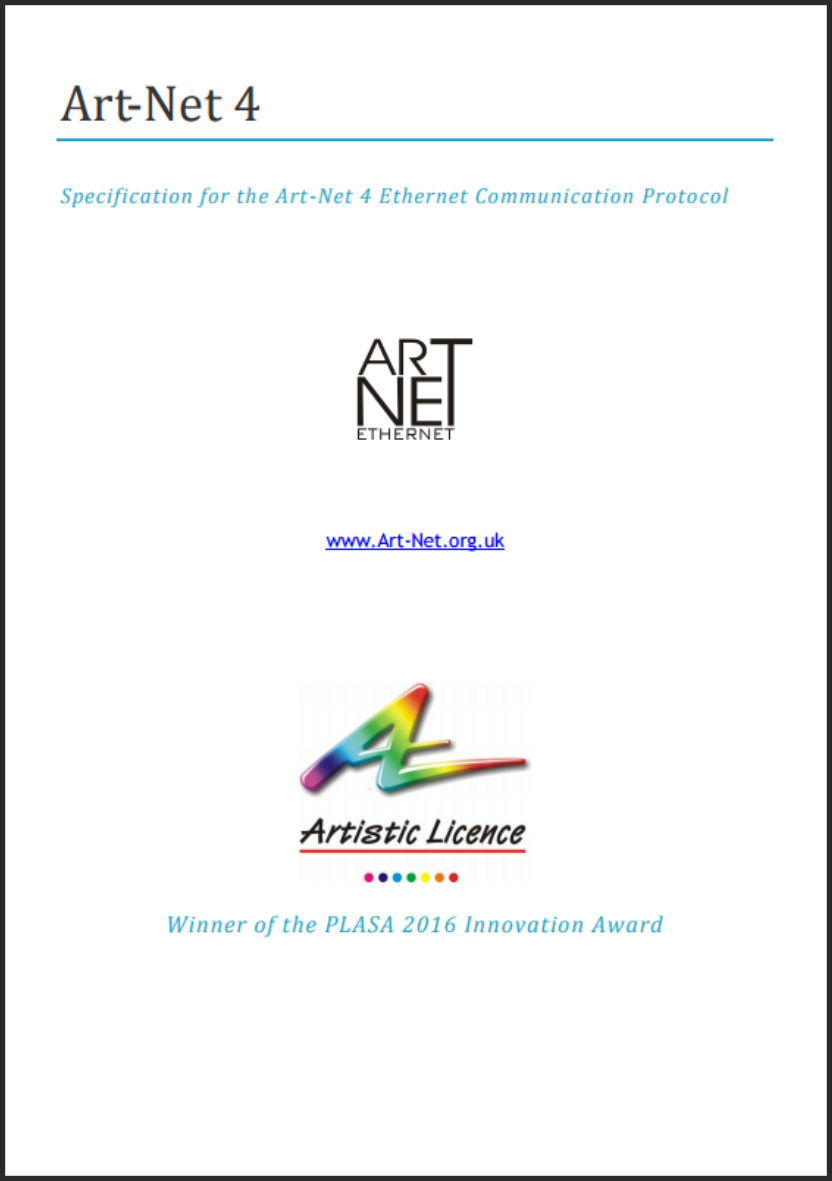